Last night was the premiere of the 32nd season of Survivor. This time, contestants are on a beautiful island in Cambodia called Koah Rong. Now, I haven’t watched Survivor in about six or seven years. The reason I decided to watch this season? Local ice cream entrepreneur Neal Gottlieb, founder and owner of Three Twins Ice Cream, is competing with other members of the “Brains” team.

I’d like to point out his attire in this first episode: ice cream pants, ice cream bowtie, and later on in the episode, ice cream boxer-briefs. 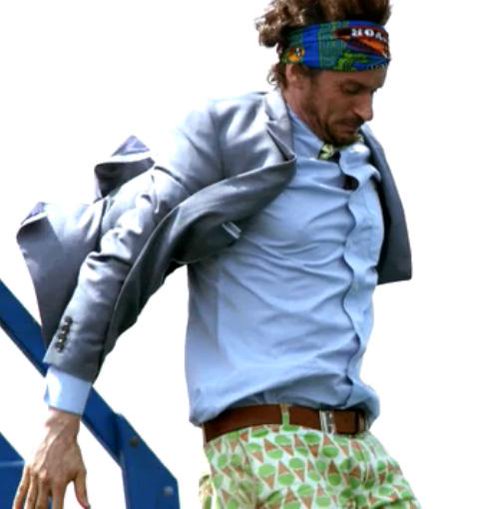 Can’t forget to mention Tai, a gardener from San Francisco. He’s fabulous and causes a little bit of trouble in the first episode.

Although this post is short, the reason why it fits so well on Sassy Sweet SF is because of the contestants from Marin and San Francisco. Also, who doesn’t love Three Twins organic ice cream?

Catch the next episode of Survivor: Kaoh Rong on CBS, Wednesdays at 8 p.m.